For the temporary purpose of this text let’s say an exhibition takes its general metaphysical [1] form from the relationship between art practices and exhibition practices. An exhibition can be described by a power diagram of two intersecting circles [2]. The power diagram of two unequal circles gives a useful model for the relationship between art practices and exhibition practices in the current art world [3]. The smaller circle (representing art practice) intersects with the larger circle (representing exhibition practice) such that the overlapping areas create a third, non-circular union called the exhibition. A power diagram partitions this plane to produce two half planes each defining the relative contribution of each circle to the total union. The computational geometry of intersecting unequal circles implies that the smaller circle contributes a greater part of its own area to the union than the larger circle. 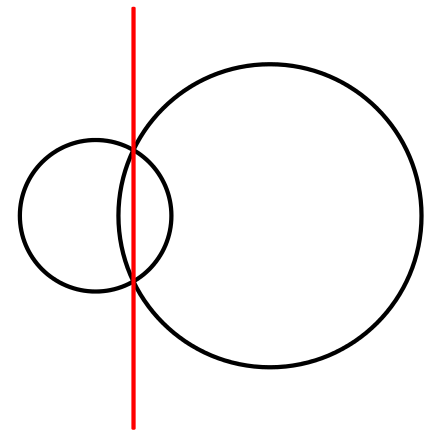 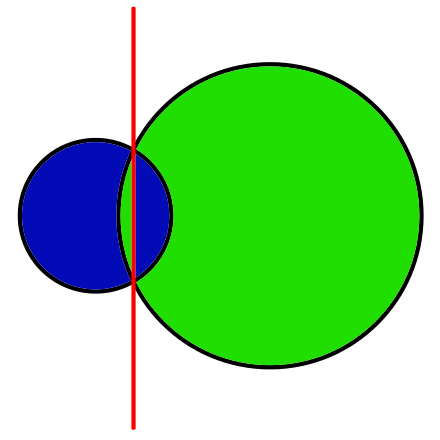 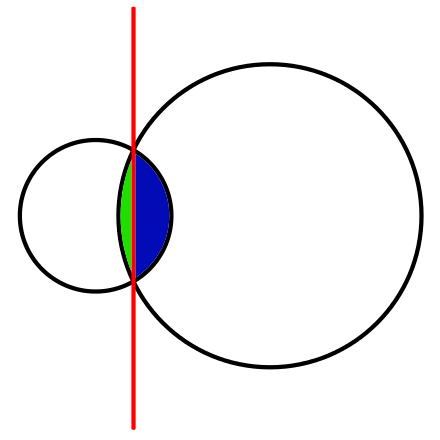 An obvious question arises: why is exhibition practice represented by the larger of two unequal circles?

I’ve been thinking of an exhibition as a platform. In late capitalist terms, a platform is the collective noun for a compound entity that owns the physical and virtual foundations upon which others operate [5]. Let’s call this the captured social infrastructure of bourgeois exhibition practice which is fundamentally about access: to physical space, other people’s time, stored energy, to finance, display items, display strategies, canonical memory, apparent and hidden agendas, the promise of a public. The practice of exhibition making sits between art practice and some latent potential community. In our general neo-colonial reality exhibition practices are a buffer zone between art practices and an irregular community which recognizes exhibitions primarily as a marketplace. A marketplace where ideas, styles, stories, forms and symbols compete for access to limited resources [6].

A manifold expression of this platform dynamic is the art fair [7]. In SA we have the remarkable and banal situation where alongside commercial galleries in the ordered modular booths of the Johannesburg and Cape Town art fairs, you find not-for-profit galleries, private museums, project spaces, and municipal and national museums. In this elaborately engineered environment the specific variants of exhibition practice generated by these diverse institutions are disciplined [8] by the spatial and experiential demands of the platform. Lets just say the art fair gives very little in this instance: some drywalled booths, electricity, and an irregular community of potential buyers [9]. The galleries, projects and museums must provide the bulk of the material that makes the art fair possible: the art – but must do so in a way that conforms to the limitations set by the art fair. They must find within themselves [10] some work that works in that context. In actuality this determines the type of art practices which are suitable, legible and rewarded through the platform. This traditional IRL platform dynamic is the paradigmatic model for the emergency (and emergent) shift to online exhibition recently. More importantly this intra-exhibition dynamic is the macro structure that emerges from the marketplace relationship between an art practice and an exhibition practice.

The basic form of this relation is reactionary and diminishes the relative power of art practice in the negotiation with exhibition practices toward any given exhibition. 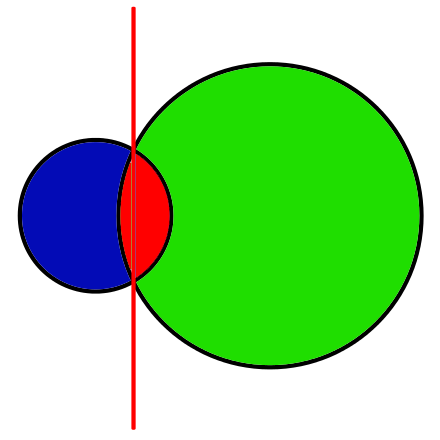 Artists are also exhibition makers, we also have exhibition practices. Artist-exhibition compound practices also operate through negotiating a complex set of forces, some of which is are architectural (the wall makes its demands), others technological (the screen, the projector, the .mp4, the .jpeg all make their demands), others historical (our collective expectations and ambitions make their demands) others financial (who paid, or will pay, makes their subtle or crude demands) and so on. The aggregate of these forces present a kind of general polity of exhibition making [11], one in which artists are simultaneously constituent members as well as adversarial dissidents (a part of and apart from). 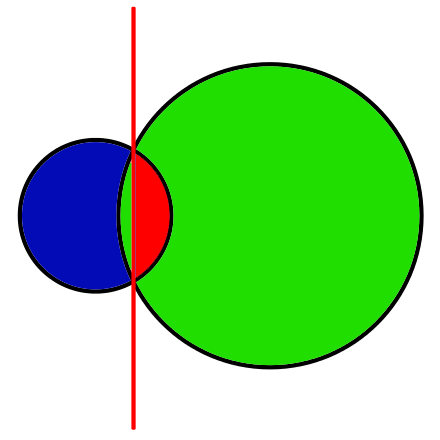 Fig.  absolute contribution of a halfplane

A dissident might understand exhibitions more modestly as simply a way to share things. A cunning plan to improvise an encounter between some art work and some people you probably don’t know personally. The chance assembly which an exhibition convenes is also a protocol for transfiguration [12]. An exhibition itself may or may not be transformative, but, as an arrangement of people and stuff that provokes contact, it creates conditions for transformation.

A systematic provocation of contact is a political act in the style of Octavia E. Butler [13]– a transfiguration of parts. Unsurprisingly, the transformative disposition of exhibitions simultaneously opens them to dissident exhibition practices as well as establishes the zone from which all the reactionary trouble emerges.

We’re thinking about exhibitions as provisional and proximal communities made up of artwork, artists, and exhibition-public, which, through the choreography of their contact temporarily reorganises [14] the meaning of all three. Let’s break it down like this, in an exhibition:

let us remember, one last time, –

Too often it feels like exhibitions are an extension of the colonising logic of property; that to participate in exhibition culture is to accept practices that assign value in harmful ways. That the competitive process of valuation which determines access to exhibition possibilities is also a process that devalues our practices and ourselves. This is not untrue. How sad that a system for sharing is governed by the logic of the marketplace. 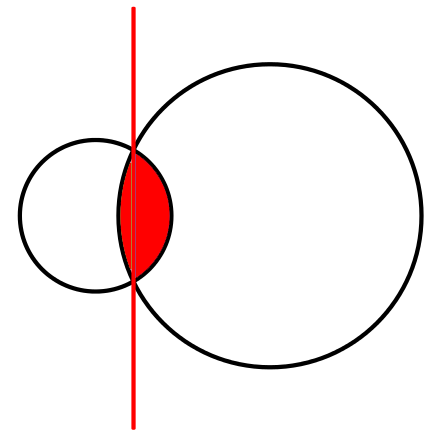 [1] Here metaphysical form refers to the structuring relationship of an exhibition: the shape and disposition of its political and spiritual flows

[3] Or at least what it feels like for me

[4] Although these two things are not necessarily separate.

[5] For more on this see: Platform Capitalism by Nick Srnicek

[7] Which is a collection of points forming a certain kind of set – ie. the superplatform

[8] restrained by the disposition of that environment

[9] we can call them a public audience

[10] Meaning in their program, collection and/or network

[11] What I call a general polity of exhibition making refers mostly to the formal cultural industry – European cultural institutes, commercial galleries, academic programs and state and privately funded museums. It is the art world which has developed in the wake of colonial acculturation and is obsessed with reproducing white, western, patriarchal, capitalist notions of culture.

[12] a particular kind of changing

All that you touch

All that you Change

[15] Which is an irregular community

[17] OR HOW TO SURVIVE UNDER SIEGE

[18] Lol, counting was going to play a big part in this text

[19] And that some of my favourite artists do this, but they don’t like it when I say that

[21] that even these are land, and we still have access to so little